Biologist Gabriela Cabral Rezende coordinates the Black Lion Tamarin Conservation Program of IPE, one of the longest-living conservation programs in Brazil, and that recently completed 35 years of uninterrupted activities. Among more than 100 applications, the researcher and other five scientists from different countries won the 2020 Whitley Awards. Each prize is worth £40,000, which will be used in the respective projects. 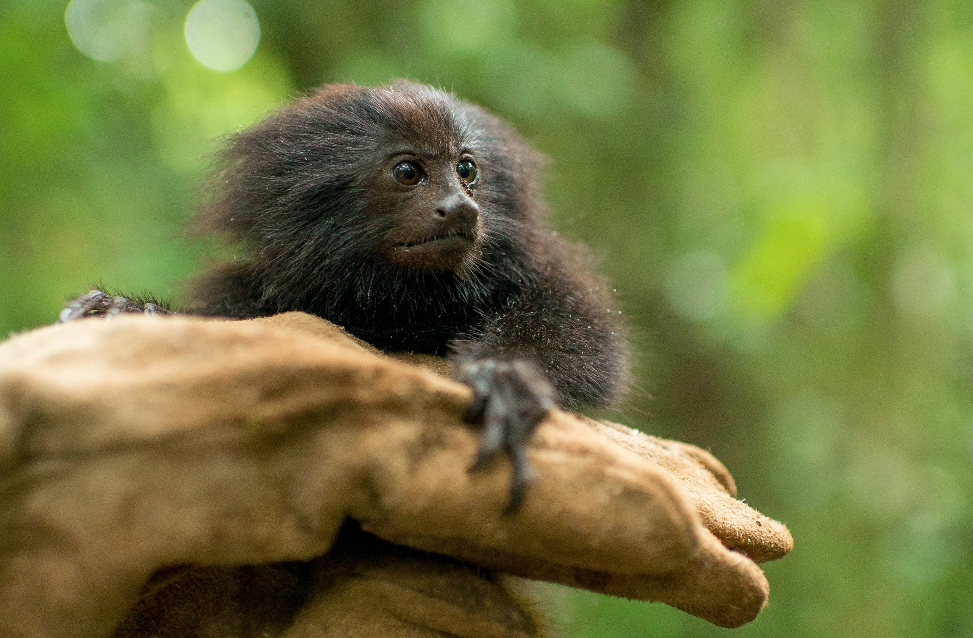 Nine years ago, Gabriela inherited the program coordination from primatologist Claudio Padua, one of the founders of IPE and the first Brazilian to win the Whitey Award, in 1999. In the extreme west of São Paulo state, the main headquarters of the program is in the Pontal do Paranapanema region, where is located the largest forest remnant of Atlantic Forest in the interior of São Paulo state – one of the last hotspots of global biodiversity.

With an original area of 1.3 million square kilometers, only 14% of the Atlantic Forest remains, as much of it was cut for sugarcane plantation and cattle ranching. With only 1,800 black lion tamarins in the wild, its remaining habitat is highly fragmented, with small and isolated populations.

“The black lion tamarin exists only in the state of São Paulo. For this reason, it is the official state mammal symbol. We are responsible for guaranteeing its existence. I am extremely grateful for the award, that will help us to continue a conservation work that needs to be carried out for the long term, in order for us to see its results” stated Gabriela.

Gabriela and her team work to protect the black lion tamarins by carrying out scientific research, environmental education, and forest restoration. With the collaboration with local communities, IPE restores forest corridors that connect several native forest fragments. The action generates capacity building and improves the income of the population: nine community nurseries and agroforestry plantations help to implement the corridors. The largest of them is also the largest in Brazil, with more than 20 kilometers long and 2.5 million of trees planted.

Funding from the Whitley Award will enable the plantation of more corridors by Gabriela and her team. The goal is to connect every population of black lion tamarin in the region, with the establishment of a continuous forest area of approximately 45,000 hectares (45,000 soccer fields). Besides reforestation, the research plans to transfer groups of black lion tamarins to forest patches currently uninhabited by the species, to guarantee their presence in a wide forested area. This is part of a plan to avoid genetic consanguinity and to assure that these small monkeys have enough resources to survive. The environmental education activities promoted by IPE will also continue in the region.