IPÊ initiatives have shown that participative education can integrate diverse and complex segments of society. Thus, the output of our research can be effective for conservation and sustainable development.

As far back as twenty years ago, when studies with the black-lion tamarins began in the Pontal do Paranapanema, researchers were convinced that biological knowledge of these animals would save them from extinction. With the evolution of the project, however, it became clear that it would also need to integrate the remnants of local biodiversity with the human inhabitants of the region.

Subsequent research has shown that this objective will be reached only through the conservation of the remaining habitat in the Pontal. Based on the biological aspects already examined there is a need to involve decision makers in the region in the process of integrating conservation and sustainable development.

This involvement has been achieved using participative mechanisms of discussion that include common challenges, adaptive management, constant monitoring, landscape planning and public policies.

As a result, an efficient model was created in the Pontal that benefits not only humans but other forms of life. Its success relies on continuous, long-term involvement. This has been used, with slight modifications, in all regions where IPÊ works.

IPÊ understands environmental education as a path that embraces the desire for a more balanced and ethical world and respects and celebrates human and other life. The foundation for this is a combination of knowledge, values, sensitivities, and training, one strong enough to motivate the interaction and effective participation of humans with their neighbors and surroundings.

By reflecting on values, everyone can perceive their unique essence and responsibility toward the collective, thereby promoting a sense of care for the planet. Questioning, reflecting, contesting or consciously accepting certain questions can be the key to thinking in global dimensions when this process stimulates actions pertinent to the local context. When an individual realizes that he or she is part of a world that is large and full of socio-environmental riches, they perceive themselves as a critical element in the web of life. This vision contributes to increased self-esteem, which is indispensible in the fight for larger ideas that strengthen a commitment for respect of the Earth. It therefore incorporates a new ethic based on a more harmonic world, where all beings are respected and taken into consideration.
Each year, approximately ten thousand persons participate directly or indirectly in participative IPÊ environmental education projects. These initiatives are centered on threatened species such as the black lion tamarin, the black-faced lion tamarin and the red-tailed Amazon parrot and their habitat. This turns them into a focus of pride for local communities, which adopt them as symbols of their respective regions. This dynamic facilitates the connection between conservation, humans and other life. As part of this process, many threatened species become themes for artisan products created by those living near protected areas and that participate in sustainable income alternatives sponsored by IPÊ. These include natural loofahs, shirts and T-shirts with representations of threatened animals. Their sale guarantees increased incomes for communities and increased valuing of the natural environment.

In addition to working with endemic and often threatened species, IPÊ’s environmental education focuses on habitats, which offers endless educational possibilities. Natural areas are ideal environments, where learning can be achieved through direct experimentation. Participants can use all their senses, process emotions and sensations, and at the same time increase their knowledge of nature. This combination can elicit new values, including the protection of nature.

The focus on participative environmental education follows a non-linear format, as some stages can be expedited, whist are slowed. There is also no control on the process, since everyone can and should participate in its construction.

Our focus addresses humans holistically, including rational and structured sides, but also intuition and sensitivity. The participative model is described in the table below. The process is bottom-up; it is similar to a construction project that, from its foundation, relies on participation as a fundamental element. 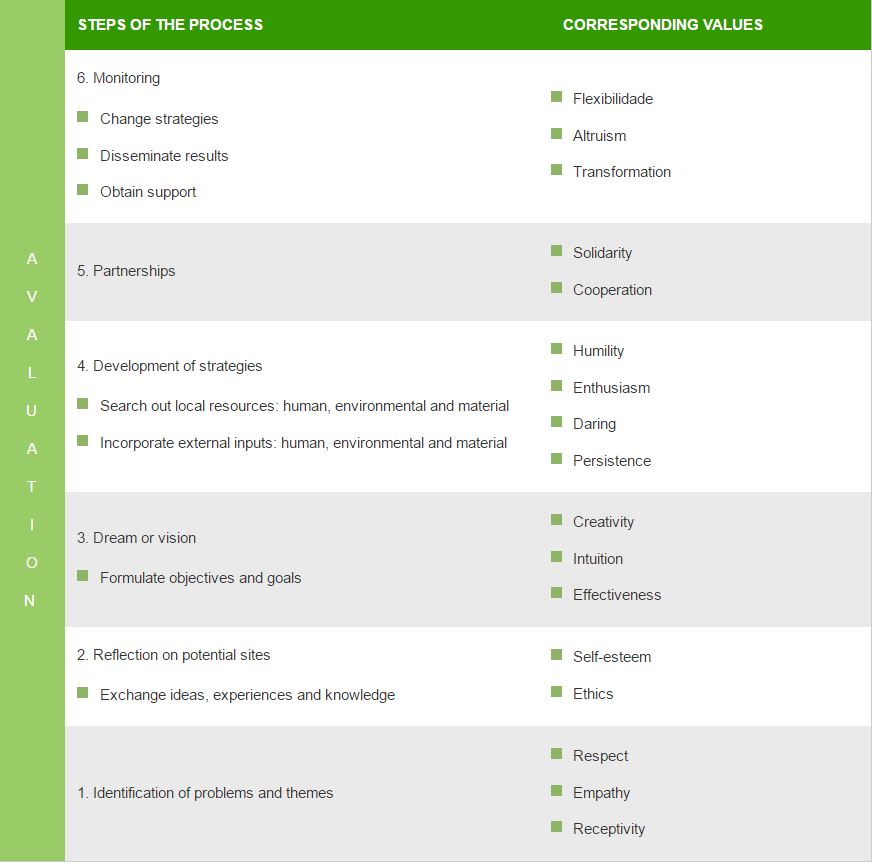 Today, IPE's integrated strategies can be visualized in this diagram.

The changes that IPE has gone through and the broadness since its foundation can be seen in this graph, which demonstrates the institution's fields of action that have been added since its original mission. 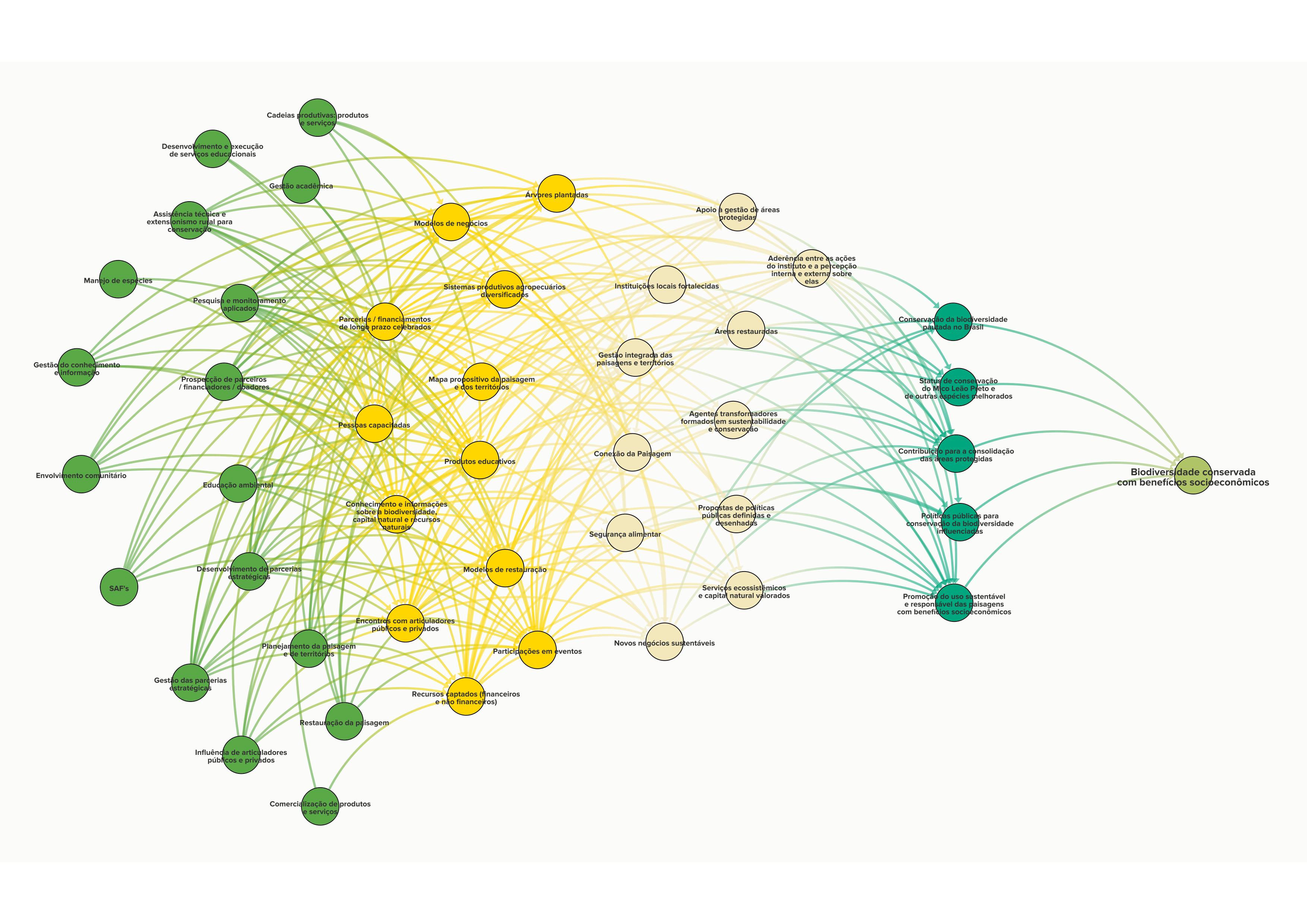